1- Showers and thunderstorms will be ongoing this morning at the time of this post. A few cells have been severe due to wind gusts but overall, just heavy rainfall and gusty winds can be expected. A few cells are trying to make large hail but that just isn’t happening with this group. There may be some dime to nickel size hail so don’t be too surprised if that occurs.

2- These are moving fairly quickly but if storms train over the same areas this morning there could be some flooding issues. As stated in past posts, keep the kids out of the creeks due to running water and all the water creatures. By the way, if we are experiencing a lot of lightning, no one should be out playing in the rain anyways.

3- OVERALL, WE WILL BE OK. Expect some intense lightning and thunder along with heavy rainfall at times. Make sure you have our GARFIELD COUNTY EM app. NWS advisories and warnings automatically push through our app. Here is your forecast from the NWS/NORMAN;

HAVE A SUPER DAY!! 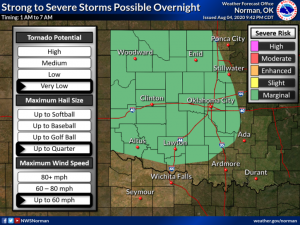 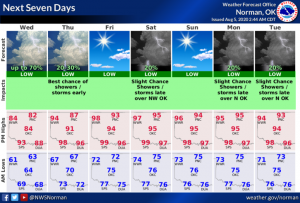 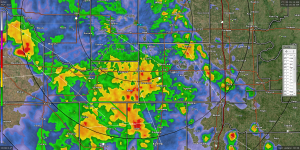